MBC’s spotlight charity for the month of July is Detroit Dog Rescue.

Detroit Dog Rescue (DDR) was founded in February 2011, after the City of Detroit refused to allow access to a network television series that would have documented the lives of stray dogs trying to survive in an abandoned urban environment. There is a stray dog epidemic in the city, especially in the neighborhoods, just as there is in many cities across the United States that have had to deal with economic decline, dwindling populations and abandoned buildings. If other animal lovers around the world could see what we see on the streets of Detroit every day, we know that they would help us make a difference in this city, one dog at a time.

Detroit Dog Rescue helps between 80 to 120 dogs at any given time. On May 1, 2014, Detroit Dog Rescue opened the first no kill shelter in the City of Detroit. Our rescue is known for taking animals in trouble that most regard as unadoptable and investing the time and training needed to rehabilitate and re-home these dogs. 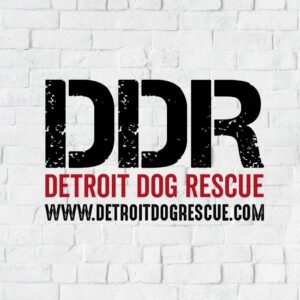